Flowers are the crowns of the plant kingdom. Visually striking, aesthetic, and highly fragrant, flowers are the equivalent of a beautiful person that propagates cross-pollination, which is very important for plant species worldwide.

They are one of nature’s wonders, which are very skillful in bringing near other carriers such as fruit flies, honey bees, and other insects to either propagate pollination or trap them. It sounds like a female Fatale, we know. Flowers are used as a symbol of celebration and appreciation.

They are nature’s oldest instrument of love and care. Showing a friend that you care about an accident, proposing to your loved one, giving your condolences to someone who’s passed away, apologizing for something that you did wrong, you name it, flowers are there.

With that being said, a lot of people also have a great hobby of gardening. Many people worldwide love having their miniature version of Eden in their homes that they’d like to care for. Now the thing here is that they’d rather have great smelling flowers than one’s that are stinking.

Visit givegift.com.hk to know more about gardening and flowers in general. In this article, we’ll underline the various flowers that are the best for your garden. With that being said, let’s get into this without any further ado!

Flowers create and synthesize various compounds inside their bloom, leading to a pleasant smell that is more of a survival tactic than just beauty and attractiveness. To certain predators, this attractive smell that we feel is a lot more unpleasant and can cause them to move away.

The primary reason why this beautiful and aromatic smell comes out is that it is an indicator for most pollinators that their fertilization process is ready. This almost acts as a signal that is felt across long distances.

Primary pollinators are usually Hummingbirds and honeybees that are attracted to the flowers. They follow the trail of scent that stretches across long distances, and they follow that. Although, when plant-eating animals approach the flowers, the smell changes, making them produce smells in their blooms that are highly uncomfortable to the herbivores.

How is a flower scent created? The flower scent is created within the petals where essential oils are stored when there is warm weather the oils combine and evaporate, producing a unique fragrance for every flower to attract pollinators.

The most common oil scent given off by flowers is methyl benzoate importance of floral aromas. Each flower variation has a specific smell to Guide pollinators from one flower to another, heightening the chances of pollen being successfully fertilized once the flower has been pollinated.

Hormone ethylene is produced within the bloom, stopping methyl benzoate, the chemical responsible for the scent, from further being released. This encourages pollinators to be drawn toward other flowers which haven’t yet been fertilized to continue the process?

4 Most Fragrant Flowers For Your Garden

One of the natives of Southeast Asia, the name itself suggests how grand and lovely the flower might smell. As we all know, jasmines are one of the best flowers to give you the best smell, and the Arabian Jasmine is just as exotic and lovely as it looks.

It happens to be the symbol and national flower of the Philippines. It is so aromatic that it is used in many eastern beverages called Jasmine teas and whatnot. Jasmines are also a great flower to decorate onto crowns and are seen a lot around Hawaii.

Some variants of this flower known as Arabian nights only smell good during the nights, something wondrous to behold. A definite addition to your garden if you want it to smell just like the middle eastern.

Named after a Scottish Botanist Alexander Garden, this plant is found in eastern countries near China, Bangladesh, and Nagaland. It is a shrub that belongs to the Coffee plant family. One thing to remember with this flower is that it is best and most optimal to provide it indirect sunlight instead of direct sunlight because of the damaging effects that it can have on it.

It is widely known for its attractive features and perfect symmetry on its flower petals. It is one of the best flowers to enhance any garden, preferably a children’s garden.

It has a low poison severity but is likely to give symptoms such as diarrhea, vomiting, and other similar symptoms if ingested. It has no dermal reactions on coming in contact with the skin. The stem is not aromatic, but the flowers are.

As sweet as the name suggests, Honeysuckle is a widely found shrub in North Africa, Southeast Asia, and china. It is a beautiful yet simplistic flower that gives you a strong yet not overpowering scent. Despite being just an aromatic plant, this is a super flower that has many health benefits.

It is known to treat many physical conditions and has helped alleviate those conditions to a better state. They are also known for their incredible nectar taste and hence have a high seed pollination rate.

Bees and other insects are highly attracted to it for its aroma and nectar taste. They need a vine to grow on because they’re pretty much shrubs that are creepers and will need the extra help they can get.

The most classical love flower of all time, roses are as common yet powerful as the next one. From the times of Romeo and Juliet to even present-day romance, roses dominate our smell receptors which show how important of a flower it is.

They are very likely to be held in almost every garden as a symbol of strength with beauty. Thorny on the bottom, but beautiful and aromatic on the top. They are so fragrant and outright delicious that they are used to make beverages called rose water. Quickly the most famous and common flower to have in your garden. 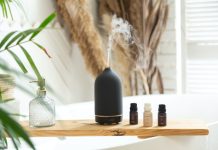 Can You Put Fragrance In A Diffuser? 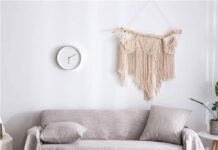 Why, How, and When You Should Buy Sofa Covers 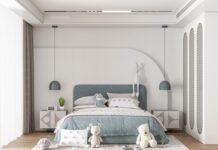 Cheap Women Fragrances that must try 2022

Best Cologne for Young Men 2022 that Girls Like Most

ABOUT US
Contact us: markofotolog [at] gmail.com
© FragranceSea.com is a participant in the Amazon Services LLC Associates Program, an affiliate advertising program designed to provide a means for sites to earn advertising fees by advertising and linking to Amazon.com. Amazon, the Amazon logo, AmazonSupply, and the AmazonSupply logo are trademarks of Amazon.com, Inc. or its affiliates.